Now that it's safe for me to do so I've looked at a couple of Indy 4 reviews. On the whole I pretty much disagreed with the negative ones - someone mentioned a plot hole that was neither a plot point nor a hole, and I wonder how many others made the same assumption. Negative references to the 'kid' made me smile, personally I thought Mutt was a strong character, well acted and thankfully not a Spielberg/Lucas cute moppet. An audacious scene near the start seems to have gone too far for some viewers, not me, I had to remind myself it was over the top as the only way to untighten my knotted stomach - Indy's man out time-ness is wonderfully played up here too (it's not Indy's age that's an issue, it's the time he's living), which made me feel quite sad. Some have complained that Indy finds things too easily. Ridiculous. It's a pretty accepted part of the Indy films that most of the finding has been done before Indy even arrives, even in Raiders Abner and the Nazis had already confirmed and tracked down the rough whereabouts of the Ark while Indy was still struggling with an overly amorous student. Indy knows his stuff, is smart, can solve problems, but mainly he puts into action with own brand of desperate resourcefulness what others can't. The only point I could concede, is that Winstone's character was a bit pointless, plot wise he brought very little and he was not terribly original, but he wasn't distracting either.
One review hit the nail on the head, the review was mostly positive but felt that what we now have was a real Indiana Jones trilogy with Raiders of the Lost Ark completely separate. Personally I'd love a genuine sequel to Raiders, but that didn't, and hasn't, happened, and I doubt it ever will. As much as I like the other films they are very different from the original. The adult drama and tension of Raiders was the first thing jettisoned for all the sequels, and is by far the most missed ingredient. I had hoped the aging of the main character would allow for that sensibility to return, but it doesn't (well, here and there, maybe), and that puts Indy4 in the Doom/Crusade camp, superior entertainment, and I'm hard pushed to call that a criticism.
Posted by paulhd at 5:23 pm 1 comment:

Despite the blog quiet I have been busy this last couple of weeks, I'm working on a comic proposal, I'm sure I'll have something spoiler free to post soon. I've also got another story to finish very soon.
With Olivia having a cold last week that kept us awake most of the nights and not very relaxed during the day it's been quite a rough week, all topped off with some not very nice news this morning. Sigh. Oh well, stiff upper lip and all that.
Posted by paulhd at 10:10 am 2 comments: 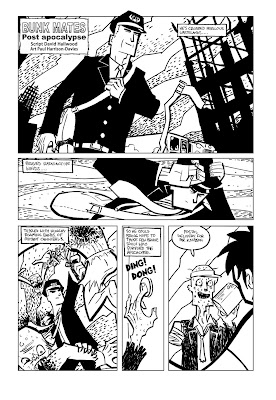 He's the first of a two page strip I did for Bulletproof 2 from a great script by Dave Hailwood.
Posted by paulhd at 9:37 pm 3 comments: 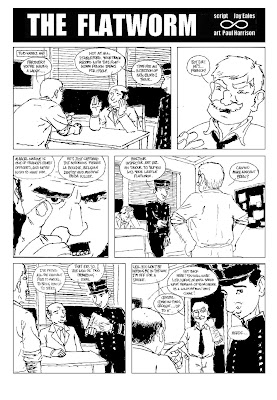 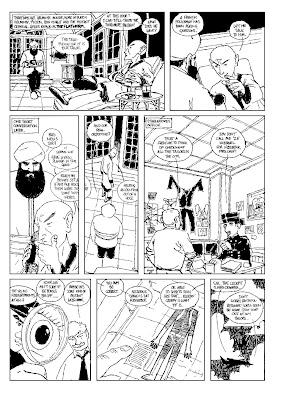 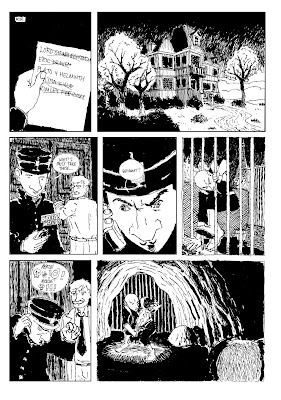 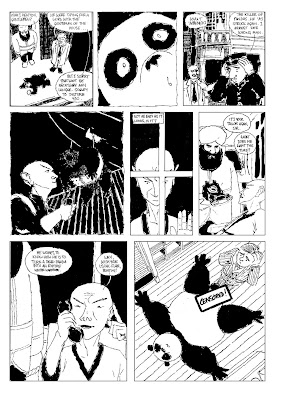 Here's a strip I drew for Violent (issue 4 or 5) a few years ago. I really liked the character of Flatworm and drew another strip, but gave up after that as I was having a tough time drawing anything. This strip was drawn with a dip pen and I remember being very happy with the results. Looking at it now there's plenty I'd do differently, I let the style get away from me at times and it got too sloppy in places, but I still like it, in fact I think I should dig the pens out again.
Posted by paulhd at 10:39 am 6 comments: