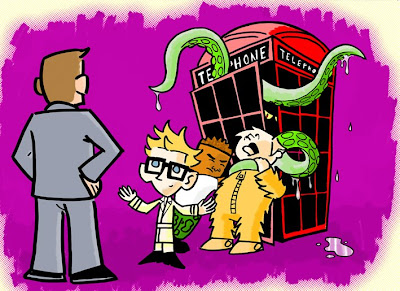 Back to the to the fun cartooning for a bit. This is a bit of art for a pitch, the scene doesn't appear in the comic but when I was told the idea, kid's perform cover-ups for weird going's on, I got this image of Lovecraftian horrors hidden in a phone-box.
Posted by paulhd at 6:23 pm 7 comments:

Now it can be told 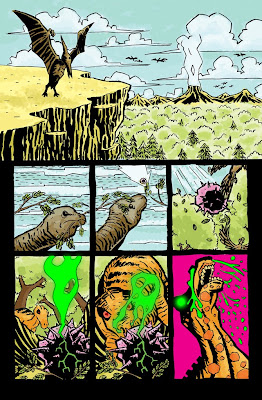 A few months ago I promised a sneak peak of a comic I was working on before finding out sneak peaks were not allowed. Well, the comic's out so I guess I can talk about it. The story is called 'Etc' and it's in Boom Studio's Zombie Tales no. 7. The script was written by Shane Oakley and I was happy to find Shane's scripts have the same dark over the top humour as his awesome artwork.
I made a bit of a mistake and missed something from the script, so I've added it in for this post, sorry Shane, hope this makes up for it a bit.
Posted by paulhd at 5:12 pm 6 comments:

Bit of a shocker art wise this time round. This piece is for the fine chaps at Massacre For Boys, and I decided to be obvious and go for the whole expoitation route. Have to say my initial idea stuck me as all jolly nasty fun, but drawing it became increasingly uncomfortable - but I guess that's the point. The original art minus the book cover style additions feels even more tough to look at, the schlock title and lurid tag-line actually manages to tame it a little by making it look campy and silly I think..... but then I think I've just shown how questionable my taste is. 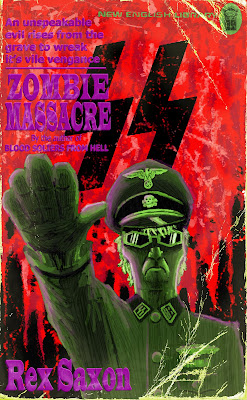