I huzzah therefore I am 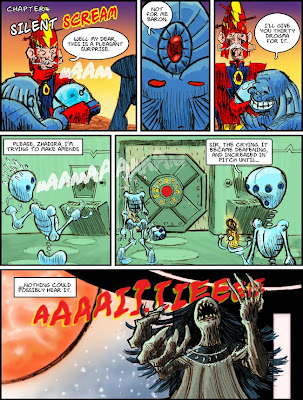 After what seems like a while I contributed some more work to Huzzah.
I was really pleased with how the Blue Devil pic I did came out, and what I felt worked was the lose and rough quality, so I thought I'd pursue that. Getting the balance between solid drawing and something more personal is tricky, and I'm not sure I'm there yet, this page looks a little too rough to be 'proper' drawing, and a little too restrained to be as expressive as I'd like. This is where the 'Covered' and 'Huzzah' really compliment each other for me, one encourages me to just have fun and mess about because a much better artist has done the hard work, the other forces me to work to bring my drawing up to the standard of everyone else involved. Reminds me of reading how Moebius liked how his work under that nom de plume informed his work as Jean Giraud and vicey versey.
Posted by paulhd at 6:04 pm 3 comments:

Not been able to post much of what I've been working on lately. But here's a blast from the past, I was asked by John Freeman to draw a strip with a tight deadline for Comics International. Unfortunately the strip, as asked for, was based on some comic news of the time, since the magazine's late, the strip isn't relevant. Oh well.
Posted by paulhd at 7:44 pm No comments:

Covered is a blog where people redraw comic covers, I like that idea, so I decided to bang this one out for the hell of it, it's so nice to draw and not worry about composition, perspective all that proper stuff, because someone else has done the work for you, and just push a pencil round like you did when you were a kid copying favourite pictures. I'd like to (re)draw some UK comic covers and maybe a few other things. For those that don't know Blue Devil came out in the mid-80s as part of DC's 'we're making comics fun again' idea, that I guess must've included 'Mazin' Man, it was created by Dan Mishkin and Gary Chon with art by Paris Cullens - who drew the better version on the left. Blue Devil started out as a quirky adventure romp with funny dialogue and moved further into humour and came up with the idea that the main character was a 'weirdness magnet', which meant general high jinx that included DC mystery stuff. Anyway, I was about 15 going on 11 and having a day out with the family in Marsden Grotto picked up Blue Devil 29 in a paper shop, and loved it, no idea if it still holds up, but I still have it and don't want to spoil the happy nostalgia. 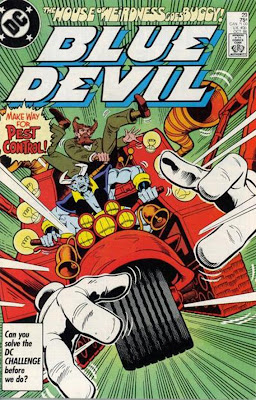 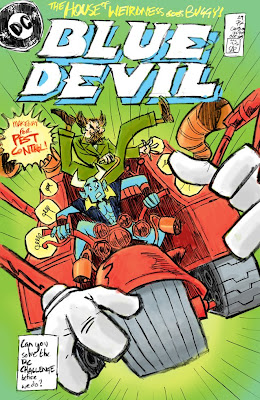 Seeing as it's already been reported on Down the Tubes I guess it's ok to post about.
Emont's kid comic/mag Toxic is to feature a 16 page comic free with the April 1st (no foolin') issue, and 2 of the strips will be drawn by me, I know this, cos I finished them a couple of days ago! I'm chuffed to bits to feature in a kid's humour comic, I'll be going out buying a copy along with a bag of pic 'n' mix and fizzy pop.
Readers get to vote on their favorite strips which could lead to the more stories in the regular comic. There's a cracking line up of creators, for more detail on who's doing what, here's the down the tubes link.
Posted by paulhd at 6:16 pm 4 comments: 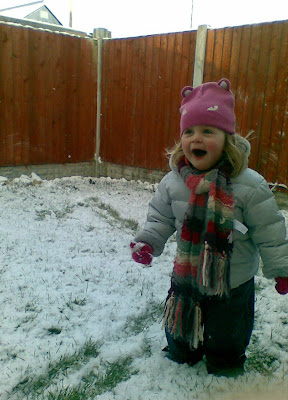 Yes, it's cold, cause traffic problems and turns to slush, but c'mon, it's SNOWING!
Posted by paulhd at 10:04 am 6 comments: